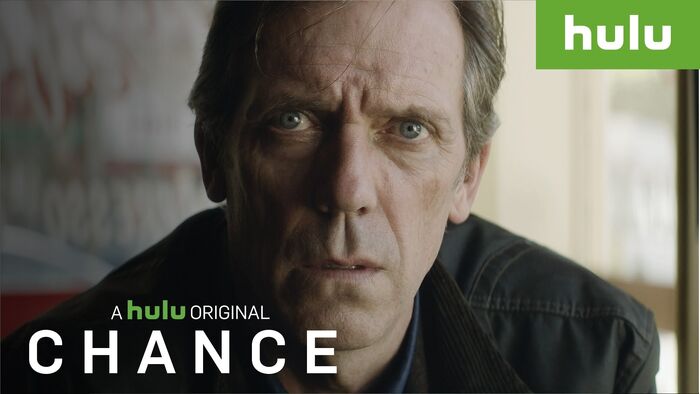 Chance is an American television series created by Kem Nunn and Alexandra Cunningham starring Hugh Laurie. The series is based on the book by Nunn of the same name and was ordered straight-to-series on January 6, 2016 with a straight two-season-order, containing twenty episodes. It premiered on Hulu on October 19, 2016.